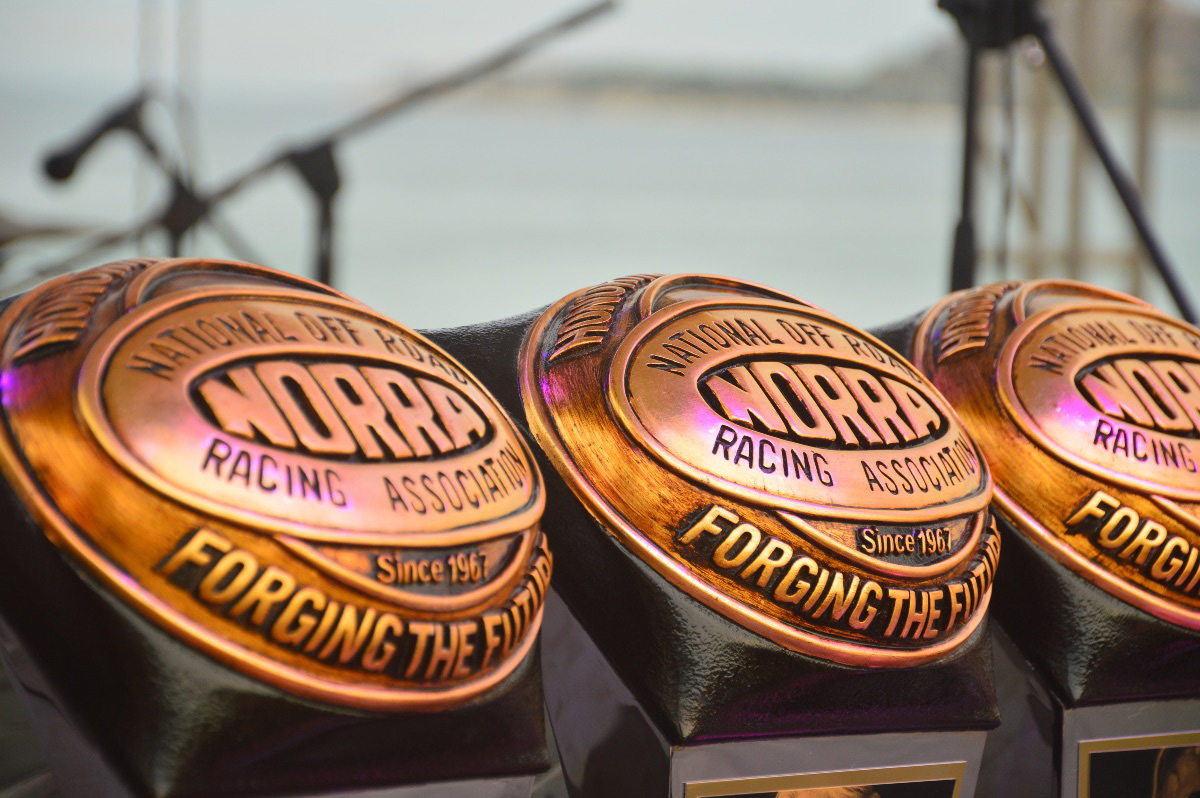 AGUA DULCE, CALIF. – After successfully completing the 10th running of its wildly popular Yokohama NORRA Mexican 1000 presented by Method Race Wheel in May, the National Off-Road Racing Association has now focused its attention on promoting a second event in 2019 -- October’s new NORRA 500.

Scheduled for October 10th - 13th, the new event is designed to offer competitors in a wide array of vintage and modern off-road classes with another opportunity to enjoy NORRA’s now famous style of hosting Baja desert races that are focused on fun, safety and fair competition in a far more laid-back environment. The NORRA 500 will incorporate many of the unique elements that have made the Yokohama NORRA Mexican 1000 such an iconic highlight on the international off-road racing calendar.

While the new NORRA 500 has already garnered the support of nearly 50 race teams for pre-event sign-ups, NORRA will officially reopen registration beginning Wednesday, July 10th at 12:000 pm noon (PST). The organization and its marketing team is hard at work revamping the www.norra.com website over the coming weeks to provide racers, teams and fans with a much better overall experience while also providing an interactive new platform spotlighting NORRA’s incredibly rich history in promoting off-road motorsports. 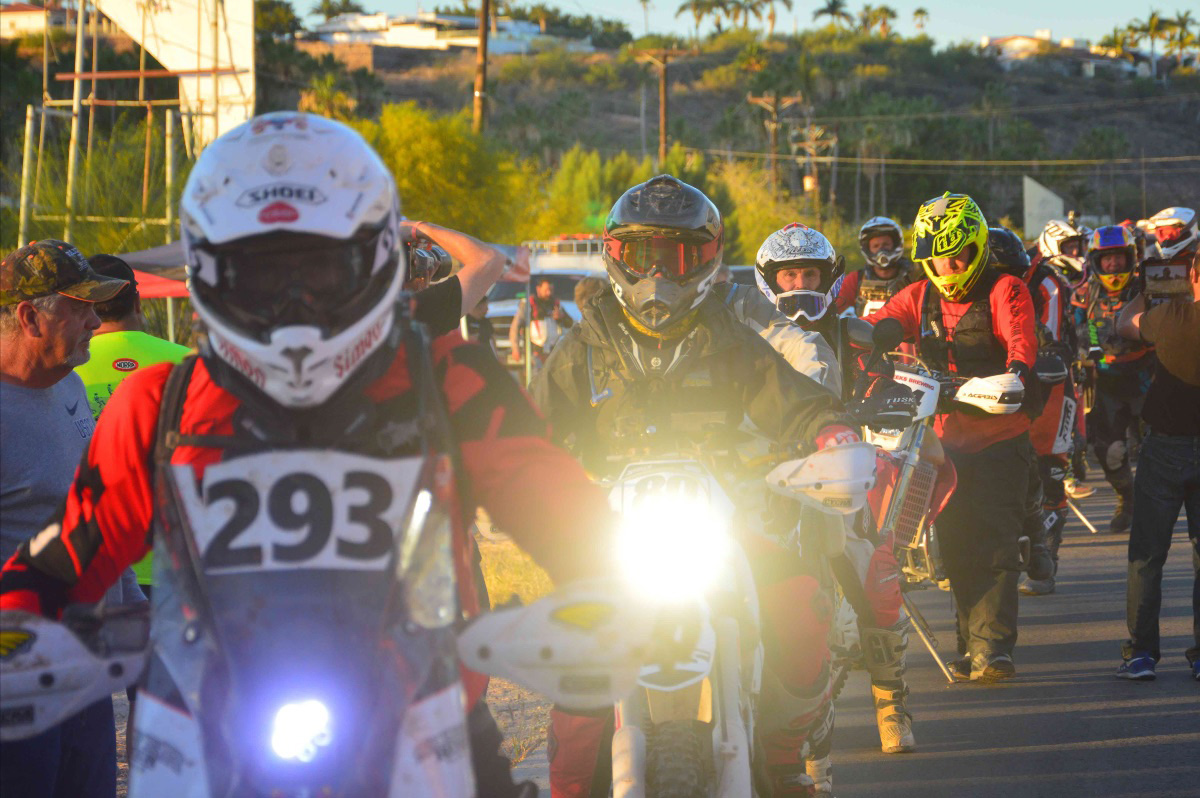 ROLLIN' BACON STYLE: EVERYONE WELCOME: While NORRA is well known for hosting motorcycle racers in a very safe and unique manner (top), it is also home to the increasingly popular vintage desert scene as exemplified by the recently restored Chenowth-Porsche of Kevin Smith and Johnny Kaiser (above). The NORRA 500 has classes for every Vintage and Modern truck, buggy, sedan, motorcycle, ATV and UVT. (Photos: Fotosol)

Along with an extensive list of original pioneers, NORRA founder Ed Pearlman promoted the very first professional Baja desert race in 1967, the original NORRA Mexican 1000 Rally. Exactly 50 years ago Pearlman and NORRA established the first NORRA 500 Rally in 1969, a significant watershed in the sport’s history that will be celebrated come October.

“Over the past decade we have proven an ability to host our family of NORRA racers at events that are fun, challenging and very memorable,” shared President Mike Pearlman. “Many of our current competitors and a host of new ones have expressed their enthusiasm for a second, more affordable race for the fall. The NORRA 500 Rally will include all that we have learned and perfected in the Mexican 1000 and do it in spades.”

Now recognized as having established the first vintage desert off-road races in the world, in 2010 NORRA’s first Mexican 1000 quickly earned the perfectly suited nickname of being the “Happiest Race on Earth,” thanks to the revolutionary implementation of a multi-stage rally-style format at includes multiple overnight stops, the elimination of costly pre-running and the emphasis on creating a world-class experience over all-out competition.

Over the last decade, that basic premise has become NORRA's defining signature in an often-overcrowded desert racing schedule, one that the event organizers will carry into October’s new NORRA 500 Rally. In fact, the event will carry the new theme of “Good Vibes. Good Times.” throughout myriad of promotions surrounding the Ensenada-based event. 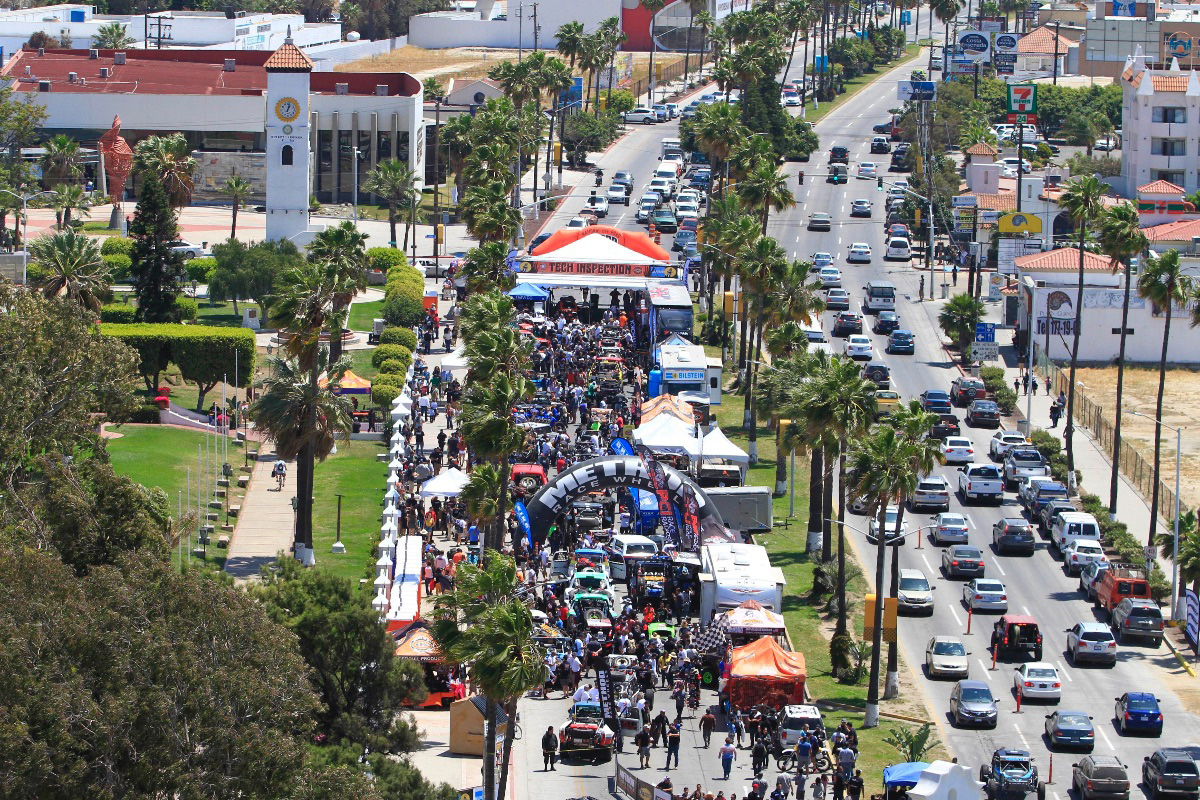 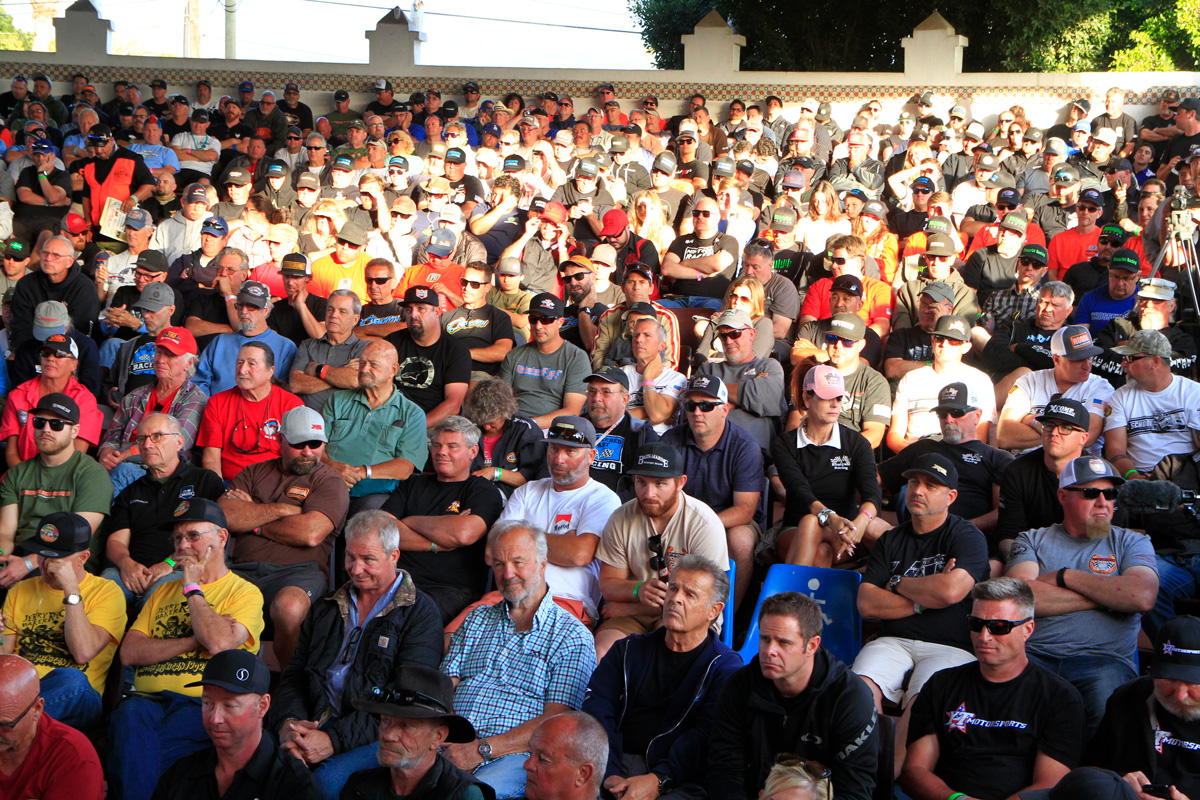 DOWNTOWN ENSENADA: As it has been since the very first NORRA Mexican 1000 in 1967, the heart and soul of Baja off-road racing lies in downtown Ensenada. For the 2019 NORRA 500 the sanctioning body will return, this time centering all racing and social activities in and around the historic Riviera Convention Center. (Photos: Fotosol)

In today’s announcement, NORRA has confirmed that its upcoming rally will be centered around the historic Riviera Convention Center in downtown Ensenada, Baja, Mexico, the port city that is just a two-hour drive south from downtown San Diego. Unlike the five-day, 1,200-plus mile, point-to-point route from Ensenada to San Jose del Cabo that challenges racers and their teams in the Mexican 1000, the NORRA 500 Rally format will be comprised of two loops over two days of racing - both starting and finishing in Ensenada each day. This will not only lower overall participation costs for all motorcycle, truck, buggy, sedan and UTV racers, but will allow teams to provide quality race support with a minimum of chase vehicles and crew members.

Always concerned with providing as safe an environment as possible, NORRA will run motorcycles of all types on one loop on Friday, October 11th, while four-wheel vehicles will take on a different course the same day. All competitors will switch these routes on Saturday, October 12th with a world-class, brunch-style awards celebration taking place Sunday morning, October 13th. Also unique to the NORRA 500 will be the Technical Inspection schedule, which is currently set to take place in the mid-afternoon and evening of Thursday, October 10th, allowing racers plenty of time to arrive in Ensenada earlier that day. 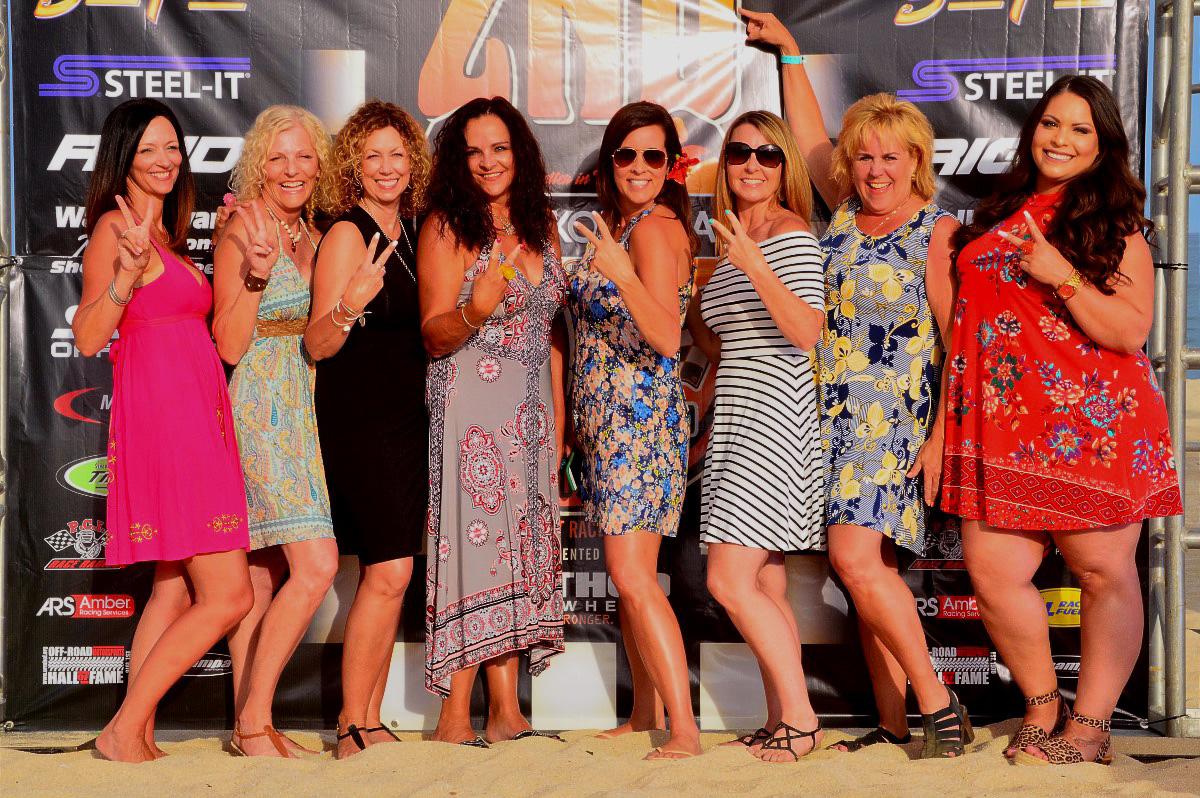 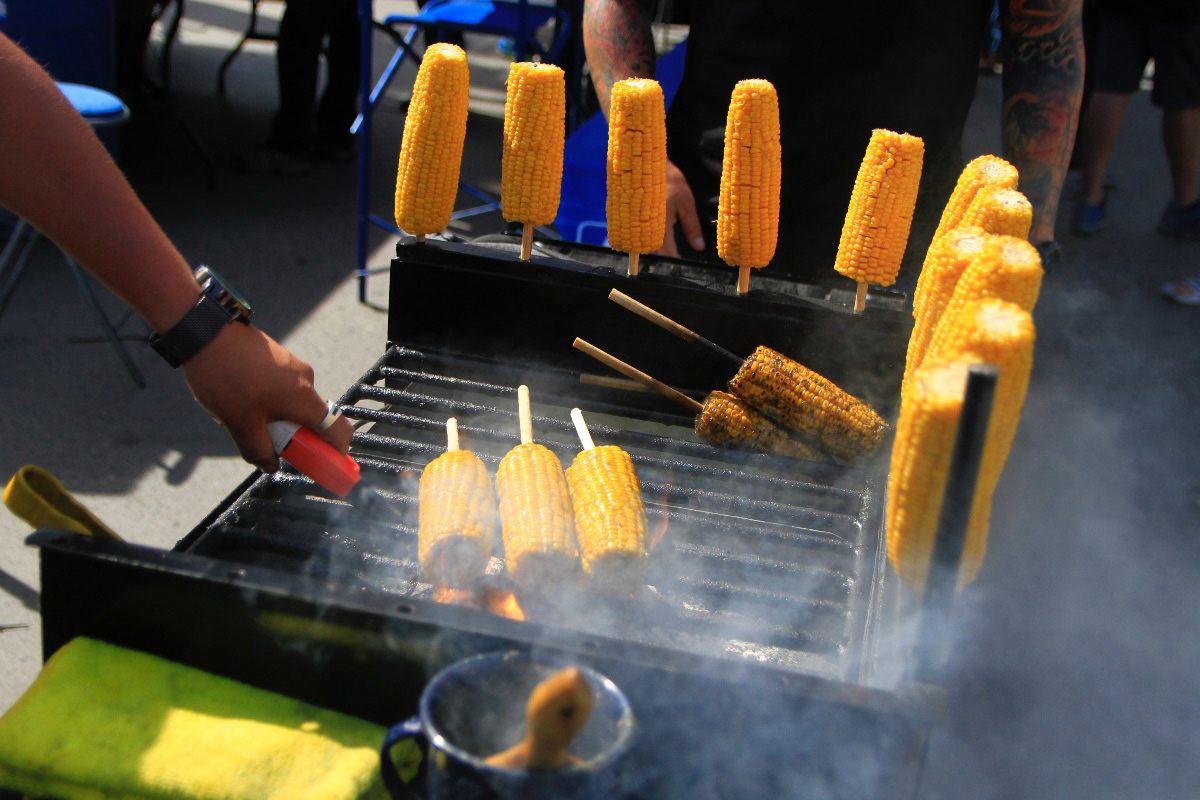 GOOD VIBES. GOOD TIMES: Great times and great food are now a firmly established NORRA tradition. The 2019 NORRA 500 promises racers, their teams and families much more of the same, with unique, first-class celebrations planned for each day of the race weekend. (Photos: Fotosol)

As always, NORRA will not allow any pre-running for this event, and as a result will release chase maps to competitors one month before the competition. GPS course maps will be available to all competitors and chase teams the week of the race and will feature additional markings for dangerous areas of the rally routes. In keeping with NORRA tradition, custom Road Books will also be distributed during NORRA 500 driver registration.

NORRA is also expecting to unveil additional event details and also registration news over the next two weeks, including Ensenada celebration details and other elements designed to ensure that the new NORRA 500 Rally establishes itself as a worthy companion to it now firmly established sibling. 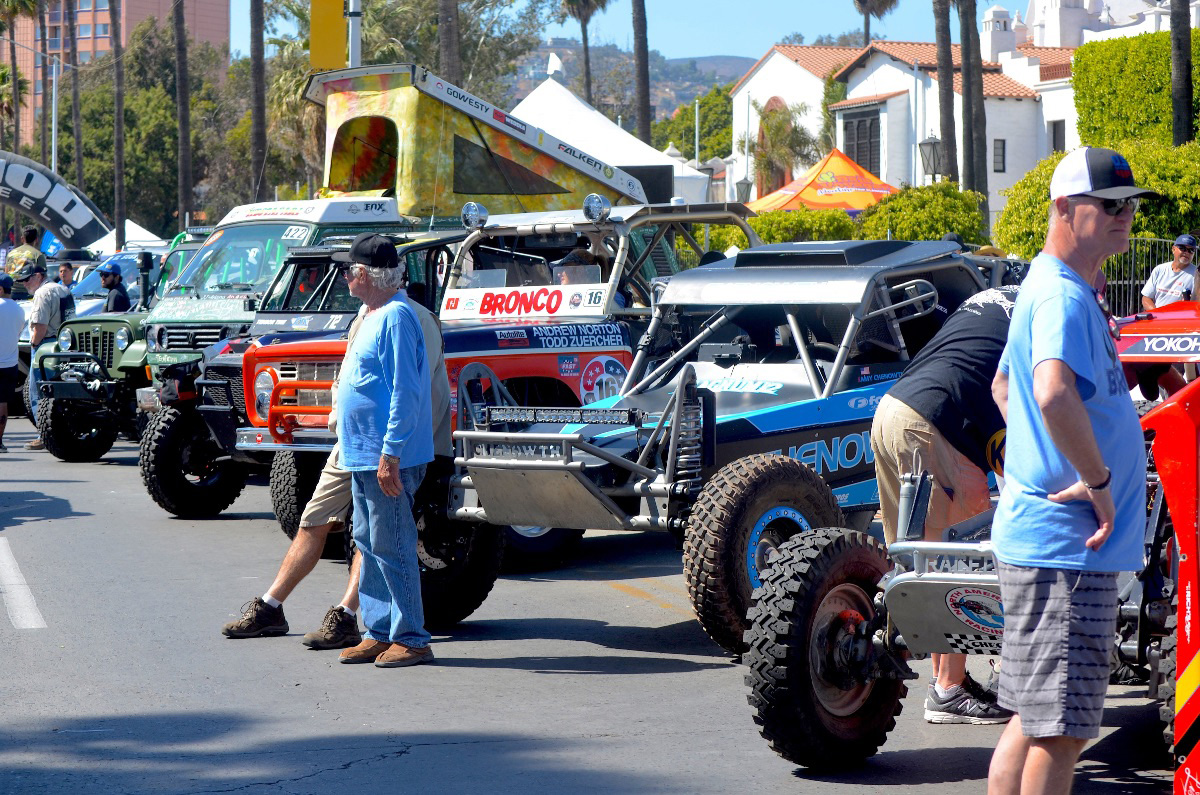