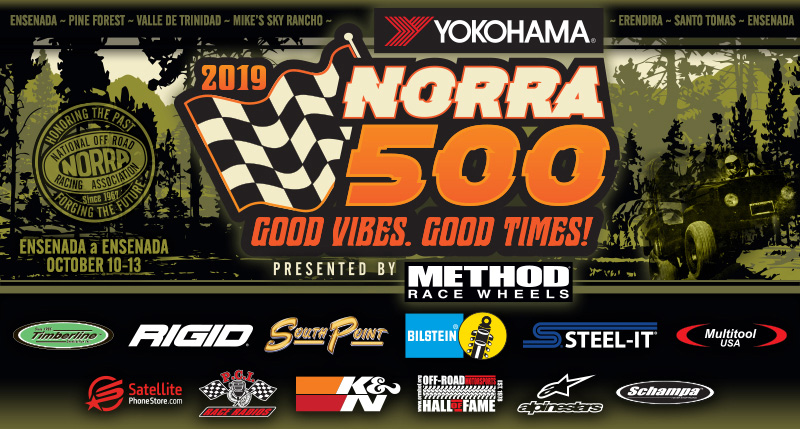 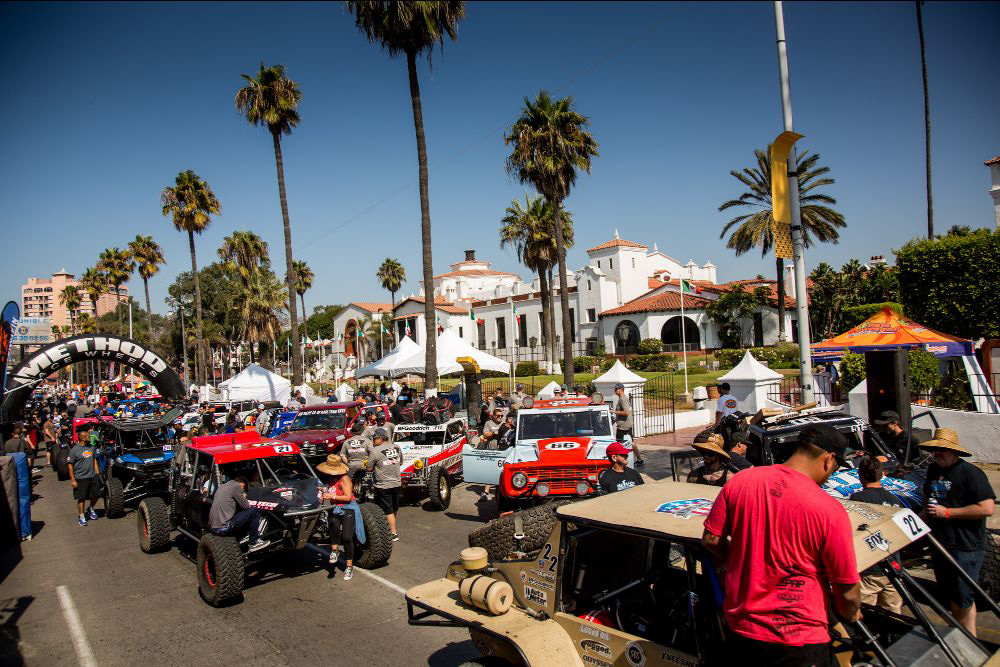 ENSENADA, BAJA CALIF. – As the cars, trucks, UTV’s, and motorcycles filed through Bilstein technical inspection for the Yokohama NORRA 500, you couldn’t help but notice the diversity in the vehicles. There was everything from Porsche 911’s in full rally trim, to vintage bikes like Scott Toepfer’s 1967 BSA Hornet; even a Honda three wheeler piloted by Lyle Tonelli. The people however were all the same; they were having a great time. Everyone was happy to be back in Baja soaking up the incredible atmosphere, eating tacos, and some having a few drinks. The day before a race is usually filled with anxiety, and stress, but NORRA puts the fun first so the vibe was laid back. There was mandatory safety and Stella tracker training, but once the requirements were met, old friends, and new were happy, and looking forward to the adventure ahead. 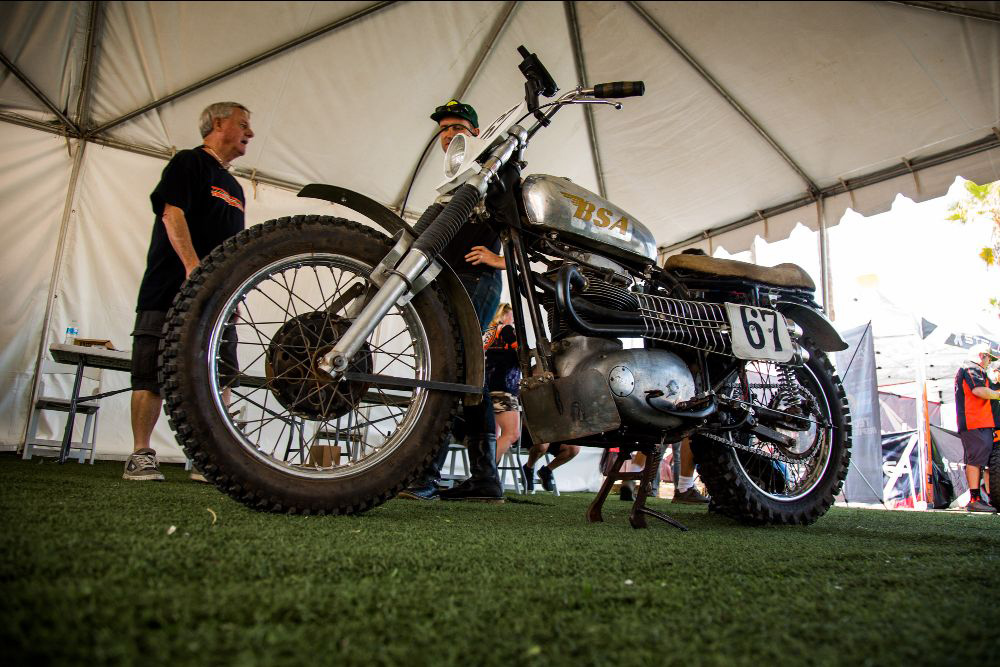 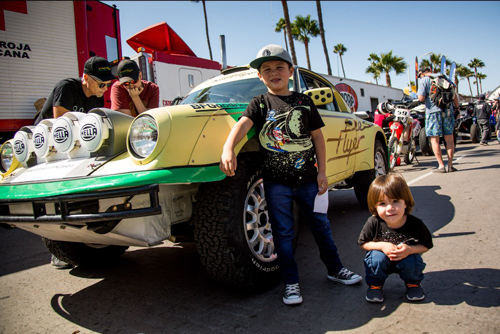 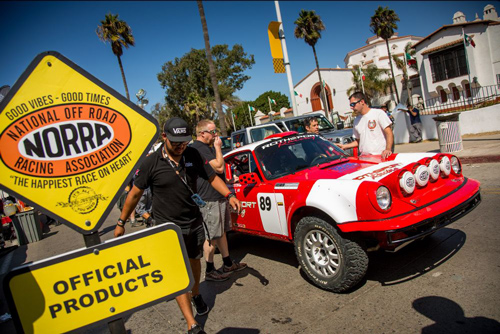 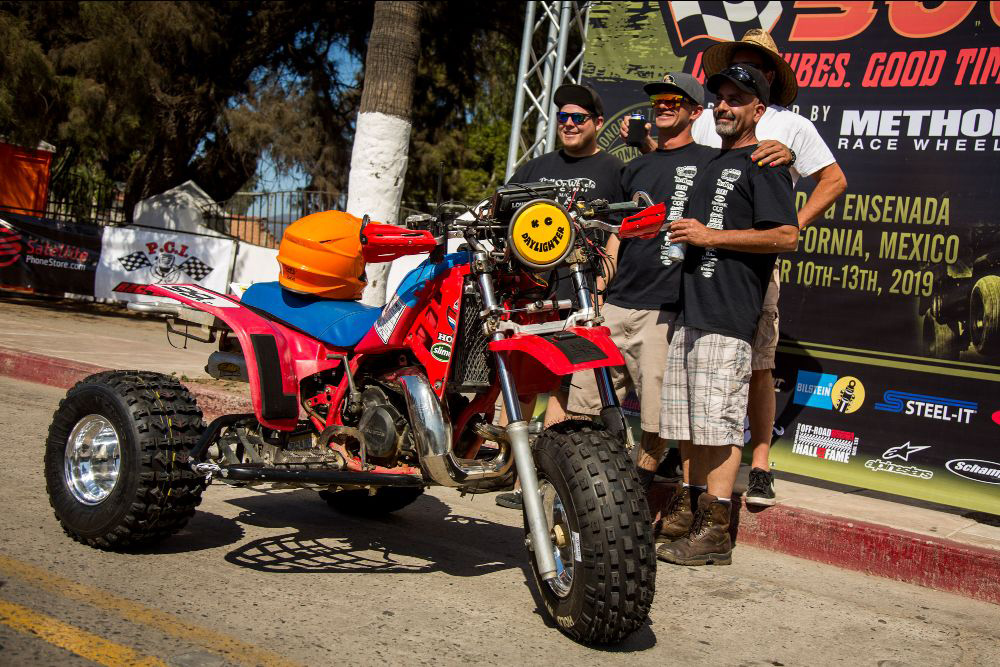 The vintage race vehicles are always popular with the fans. Many have fond memories of this car or that truck and the drivers who originally piloted them. Some of those same drivers were competing in the rally. Both Mark Stahl, and Curt LeDuc were taking part in the SAVVY Offroad Safari class. They’ve both proven their speed in Baja over the years, so they were more interested in having a blast, instead of going fast. The Safari class is for stock type vehicles and goes at a much more leisurely pace; led by SAVVY’s Gerald Lee. Another Icon spotted was Off Road Motorsports Hall of Famer Judy Smith. Judy is well known for her work over the years as a journalist (she was inducted into the hall of fame for journalism in 2008), but she is also one of the pioneers of offroad racing. She was piloting a race car in Baja when roads were nearly non-existent. She was one of the original Iron-women of the sport; leaving a lot of men in her dust. Judy is racing a class 11 VW in the pioneer class that honors her, and is in memory of John Howard. Her teammates are an incredible group of San Felipe friends, and Baja racing veterans that include Walter Prince (driver of the famous candy cane car), Alfonso Lacarra, CODE series race director, and multi-time class 11 champion Martin Garibay. The gravitas and goodwill that surrounds this team is amazing; John Howard would be proud. “Lightning” Larry Ragland is competing as is Steve Hengeveld. Hengeveld will be on 4 wheels instead of 2. He is racing a Polaris UTV. As you would expect, the NORRA regulars in the race is too long to list; all were looking forward to hitting the course in the morning. 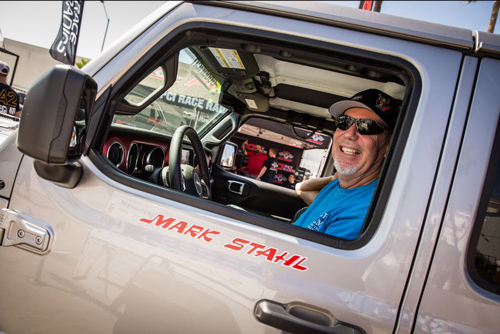 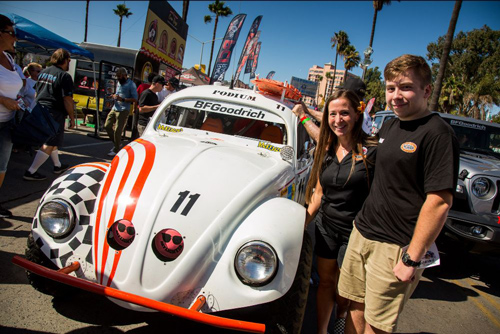 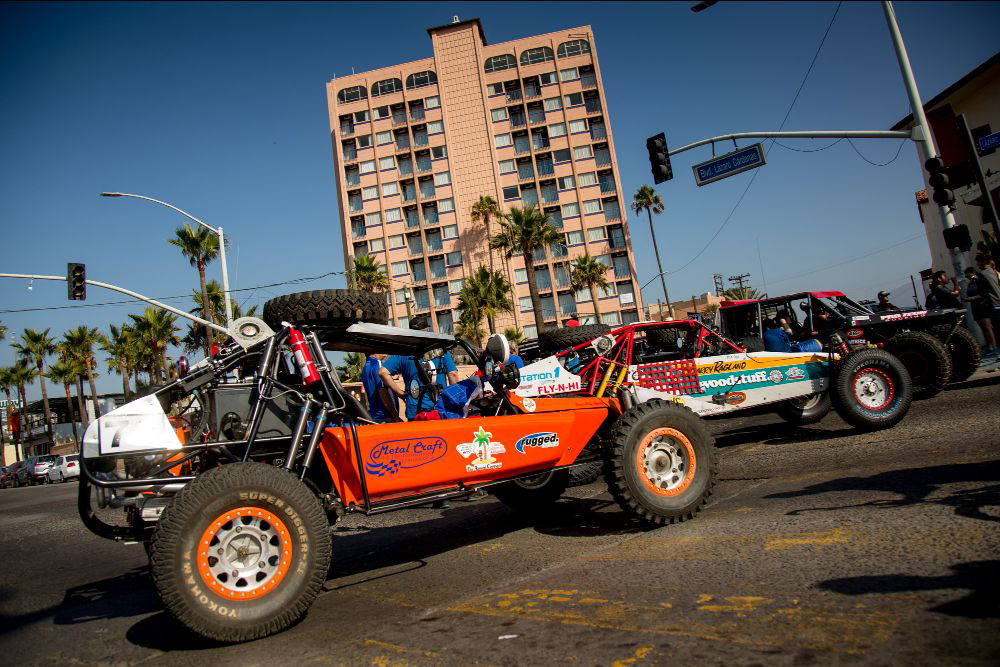 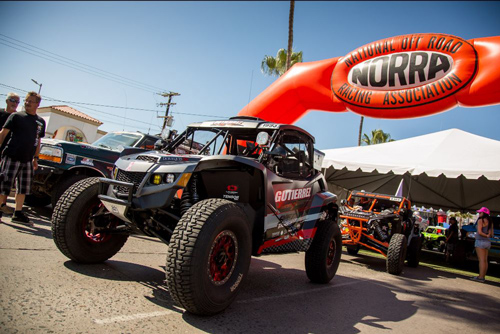 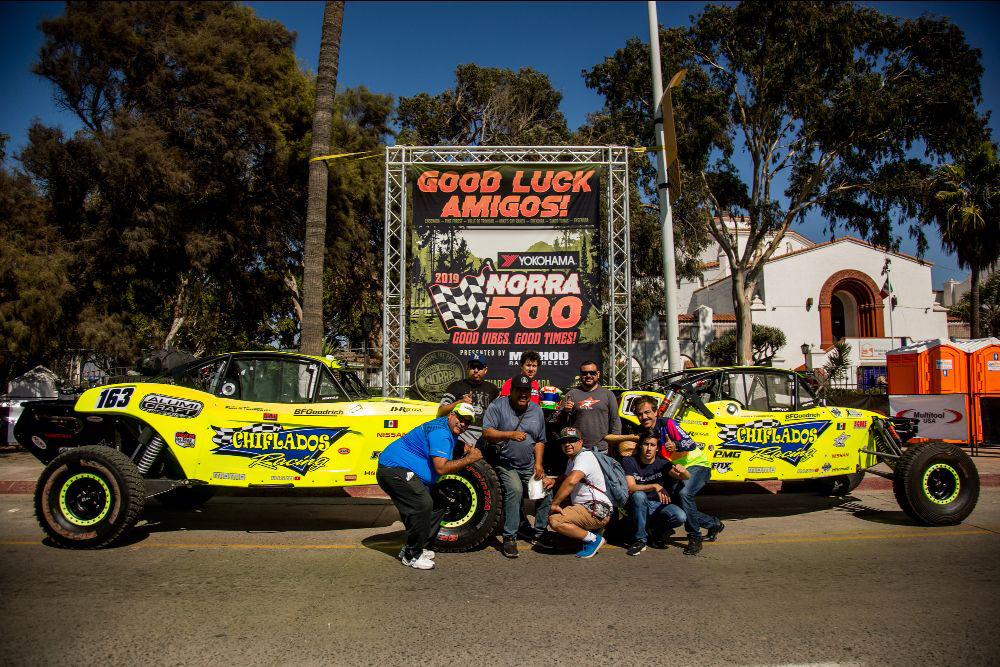 Because of the format that has racing on two consecutive days starting and finishing in Ensenada, there were many friends and family members who came down to participate for the first time. The loop race format takes a big load off the teams when it comes to logistics so many people were a lot more relaxed. That will all change once the green flag drops and the racing begins. Many teams were particularly interested in being first up the road to Mike’s Sky Rancho during the STEEL-IT King of the Mountain competition; a race within the race. Everyone tries to play it cool and say they are just here for the fun (which there is plenty of), but once the competition begins, the gloves come off. After the driver’s meeting there was the Happy Hour, but driver staging takes place at 7:30 am, so many were already getting into their racing groove. There is no telling how racing will turn out on day one, but we’ll be back to recap the day’s events so stay tuned. 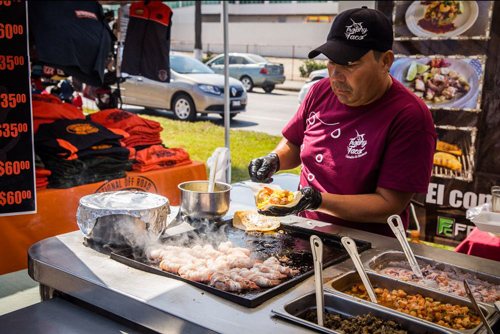 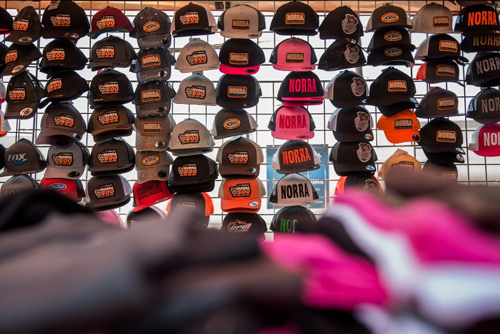 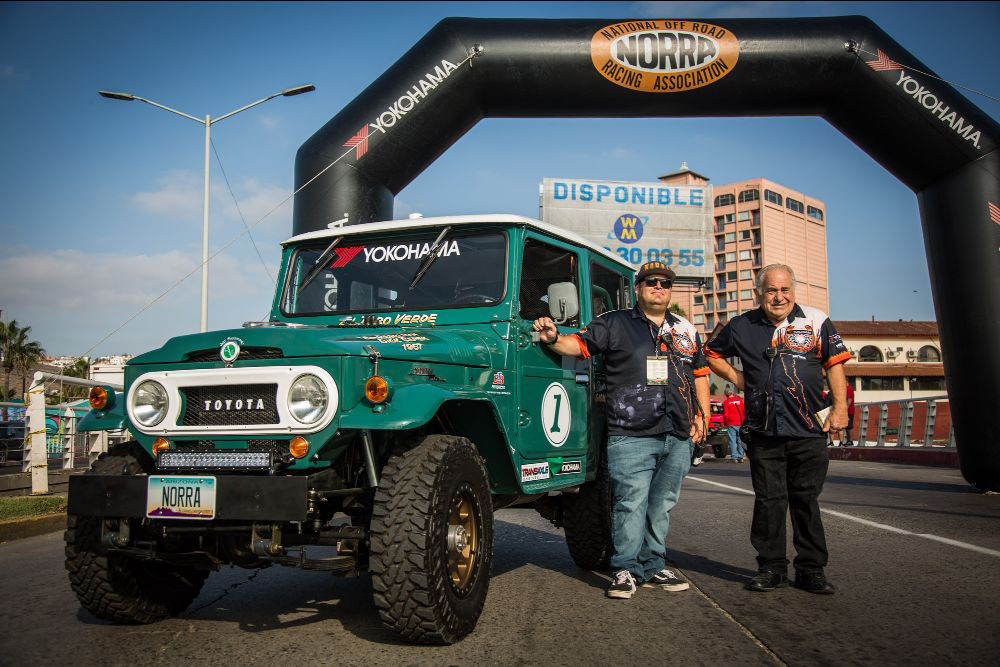